So it appears that at least according to my dashboard, I am the only person still posting (at least I don't see anyone else that I was following posting anything). That'd sad. I really liked this website.

Somehow I was finally able to access Booklikes again. Testing to see if I can add posts again. 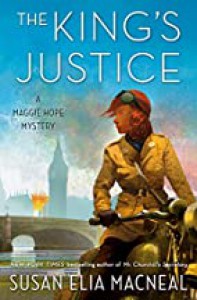 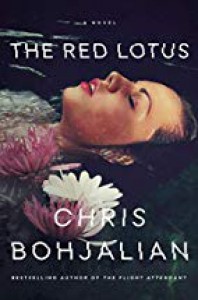 Chris Bohjalian always manages to keep me on the edge of my seat. This book was no exception. In this book we follow Alexis Remnick. Her boyfriend goes missing during a vacation in Vietnam and she is left to solve the mystery of his disappearance. Little does she know the answers might be closer to home than she thought.

I couldn't wait to pick this up whenever I was forced to put it down. Given everything that is going on with world health crises this was pretty timely. I can't wait to see what Chris Bohjalian writes next.

All the Flowers in Paris 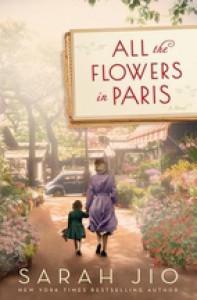 I really enjoy reading Sarah Jio's books. She always has a way of grabbing my attention and almost always bringing me to tears. This book was no exceptions. Both of the storylines, Caroline's story and Celine's story, kept me hooked in this book. I do have to say that I wanted to read more about Celine than I did Caroline. I think that is because I could see where Caroline's story was going very early on. Once it is revealed what happened to the characters I was definitely sad but did enjoy how the storylines merged. 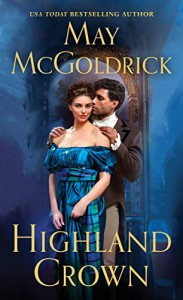 It took me a little while to finish this book, not because I didn't enjoy it but because life got in the way. I really enjoyed reading about Isabella and Cinaed but I do feel like they fell in love way too fast. There were some action parts in this book that I enjoyed but there was an action scene with Isabella that I would have actually liked to read about but it seemed a bit rushed. Overall this was an enjoyable escape from the stresses of life. 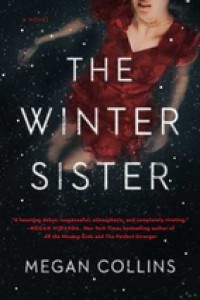 I haven't been this engrossed by a book in a while. This book follows Sylvie as she goes back to care for her cancer stricken mother. Going back to her hometown will dredge up guilt regarding her sister's unsolved murder. 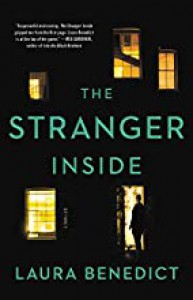 The more I read of this book the more I felt that the main character, Kimber, deserved what was happening to her. I didn't like Kimber as a child, she was an annoying and selfish brat. As an adult I also found her to be a selfish brat. I do have to say that Kimber finally grew on me when everything started to be revealed towards the end. I can't say that I didn't see some of the twists coming but I was still overall surprised with what happened towards the end and what Kimber ended up finding out. I am going to leave this as a bare bones review because I don't want to spoil anything but I would recommend reading this book.

All the Wrong Places 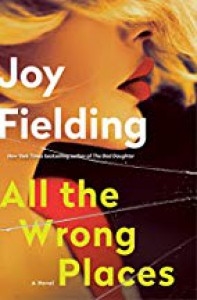 The premise of this book really had me interested so I knew I was going to grab this from Netgalley. I definitely couldn't put this down in the beginning and really liked Paige. I liked most of the other characters but there were some I didn't like, Matt and Heather, for good reason. This book was definitely building to a climax at the end and I have to say that I felt a bit letdown by the ending. The book was still definitely enjoyable.

The Duke I Once Knew 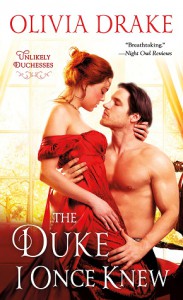 Life seemed to get in the way of me reading this fast but whenever I had the chance to read this I jumped right in enthusiastically. This book follows Abby and Max who are suddenly reunited after being apart for many years. They had been friends and somewhat more (even thinking about marrying each other when Max is taken to London after his mother's death. They are both not happy to see the other as they are both under the impression that the other didn't really want to be with them.

I really liked both Abby and Max. I liked how Abby in the beginning broke away from her family to go off and work on her own. I really liked getting to learn more about Max's past. I did enjoy the chemistry between the two and enjoyed that they struggled a bit before they couldn't resist each other anymore.

I was absolutely thrilled when I saw this book on Netgalley because I loved the authors' first book, The Wife Between Us. Unfortunately I think I came in to reading this book with extremely high expectations.

This book follows Jessica who enters a study about morality. She is hoping to earn some money from this study. As the study continues and it takes up more of her life she realizes she might be in way over her head.

I can't really say that I particularly liked or cared about any of the main characters. Jessica just seemed so weak to get led into what she did and seemed to blindly follow whatever she was told. Dr. Shields was okay in the beginning but really became annoying with her over the top behavior. Thomas was somewhat of a bumbling idiot.

This was pretty slow for me for the first half. The second half did pick up and my interest did grow but it still didn't leave me amazed at all at the end. Thanks to Netgalley and the publisher for the galley. 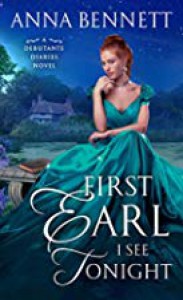 It may seem odd to read a romance novel when you are a bit frustrated with love but this was just the book that I needed. This follows Gray and Fiona, both of whom have secrets they want to protect. Once Fiona is blackmailed by someone vowing to release a secret about her sister that could destroy her whole family she writes to Gray proposing that they marry. Using her dowry money to pay the blackmailer off is the only solution she can think of and Gray is the perfect man to propose to in her eyes. She figures they both can benefit from the marriage.

I really loved both Gray and Fiona. I feel like it's been a while since I really loved the main characters in a romance novel and really cared about their journeys. The chemistry between them was great and I loved that they grew from a weird friendship to an actual relationship. I was a bit annoyed when it was revealed who the blackmailer was as I knew it would tear them apart but I enjoyed where they ended up at the end.

The Duke with the Dragon Tattoo 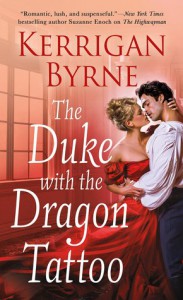 When life doesn't seem to be going my way I can always cheer myself up with a good romance novel (especially if it has pirates). This book came along at the perfect time for me.

This book follows Lorelai and Ash (Ash is called a few names throughout the book but I am choosing to call him Ash because just like Lorelai I don't like calling him the Rook). Lorelei finds Ash when he is close to death and unable to remember anything from his past. She nurses him back to health. After a long time of not seeing each other they are reunited but Ash doesn't seem to be the man that Lorelai once knew.

While I did like both of the main characters I have to say that I liked them better when they reunited then when they first met. Young Lorelai actually annoyed me a bit. They definitely were more interesting after they had grown and their chemistry became amazing.

While I liked the action towards the end I was hoping that the character that turned out the villain at the end would have had a different storyline. But at least I enjoyed how the other characters ended up. Thanks to Netgalley and the publisher for the galley. 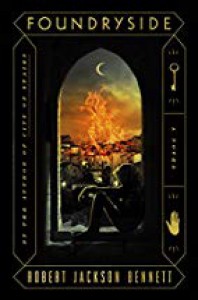 I wasn't sure when I requested this on Netgalley that I would like this as it didn't seem like what I normally read but in the end I really enjoyed it. This mostly follows Sancia who makes money for stealing things. She ends up being hired to steal something that is very valuable that will lead her into danger.

I really enjoyed reading about Sancia and all the other characters in the book. I even liked the characters that were the villains. villains. Sancia is gifted in a way most people are not and it was interesting when it was realized why she is the way she is.

I liked reading about the background about all of the different merchant houses and how scriving came to be. I am definitely interested in continuing this series as it looks like it's going to be really good.

The Wife Between Us 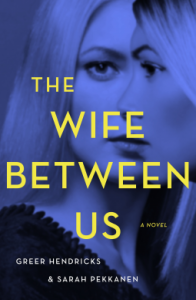 There was so many twists towards the end of this book that my book club at work decided to fly right through to the end. If you like a book filled with revenge and twists then this is the book for you. Even though I managed to guess one of the main twists early on I still really enjoyed this. Towards the end of the book I just could not put this down. I really enjoyed this and am really happy this was the first pick of my book club.