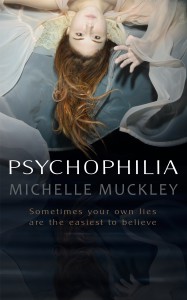 You see, I believe that to be a good liar you have to put some effort in, some conscious and fore planned thought.

This book is kind of hard for me to rate and review because I didn't like the first half of the book but felt that the second half was much better. I was originally drawn to this because the book description seemed so intriguing but ultimately I feel like the execution of the idea was lacking.

This book follows Charlotte who is dealing with memory loss after a suicide attempt. Not only is she dealing with memory loss but she also thinks that her husband, Gregory, is betraying her. In the beginning of this book I felt like Charlotte seemed really normal and sane but then a couple of chapters in she is all of a sudden OCD, paranoid, and a bit insane. It became hard for me to follow along with this book because Charlotte will be doing something or talking to someone and then she'll just think of something else and kind of daydream. I became confused during the first half of the book and started to lose my interest in the book because of my confusion.

I was never really able to connect with and had a hard time liking any of the characters. I understand that Charlotte had a fragile psyche but she was just so all over the place that it was hard to like her. I did feel a bit bad for her at times, especially with all that was happening with Gregory. I didn't like Gregory one bit, he was a jerk. I tolerated Ishiko. I actually started to like her a bit (or maybe respect her) when she actually started fighting back towards Charlotte.

There were some mysteries in this in regards to Charlotte's memory loss and I feel already knew what had happened when they were eventually revealed. I did still enjoy reading those parts because of the twists and turns that Charlotte was experiencing.

The beginning of this book was chaotic and had me losing interest in this book but the second half really picked up and I enjoyed the book more. I received this book from a Booklikes giveaway. The content of my review is in no way affected by that.