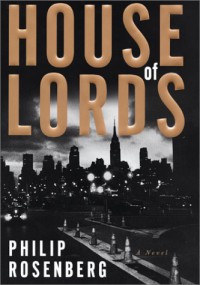 A few times in one's life, on unchosen occasions, a door will open and someone unexpected will step in, and one realizes with irrefutable clarity that what just happened was not in fact unexpected. In just this way, Jeffrey knew that Chet Fiore himself would bring the answers to all the questions he raised.

This book happened to catch my eye during a run to the library. Once I read the book description I knew that I had just picked out something really interesting. This book starts off with the events that happened at the main character's (Jeffrey Blaine) daughter's birthday party. A girl was found to have been raped there and a mysterious man, Chet Fiore, comes and helps Jeffrey smooth everything over. Jeffrey has never met Chet before but once the party is over he finds himself trapped in a partnership with Chet, not that he is altogether unwilling.

This book changes point-of-view between many characters and as there seem to be all these plotlines that are connected by the birthday party this really allowed for a richer story. Everyone begins the book off as relatively sane but slowly as the book progresses a sort of madness seems to creep up on every character. Characters as discovering sides to them they didn't know they had or they develop obsessions.

One thing that I didn't like about this book is that I couldn't find one female character of this book that I liked. Blaine's daughter, Jessica, was a spoiled brat who desperately needed some real discipline. I pitied Blaine's wife but still didn't like her. I thought Elaine was pathetic and hoped that everything she did would blow up in her face. The male characters were definitely not any better but for some reason I feel like even though they did some horrible things, the men were portrayed in a better light.

Whenever I would pick this book up I immediately was hooked back in to the plot. As everything was heating up towards the end I found myself wanting certain characters to finally be held responsible for their actions. I wasn't altogether happy with what happened at the end but I didn't hate it either. I would recommend this book if you are looking for a book that mixes the mob with wall street and leaves readers wondering just who is the bad guy in this situation?